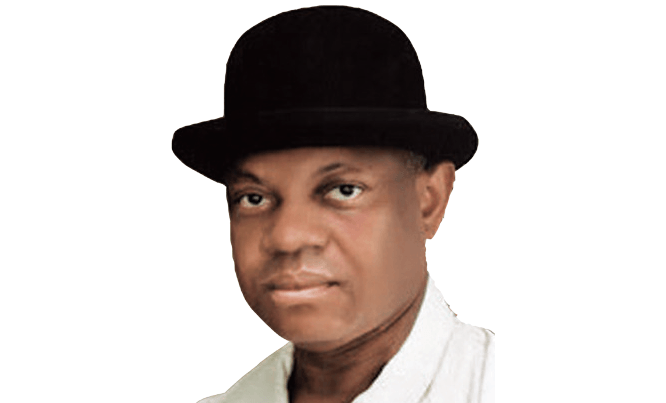 As an officer in the Army, I took to farming believing that is the future of the country and that on a personal level, I could better sustain my family. Our lands are so fertile that I did not need much fertilizer; the inputs were minimal and the yields were much. Our climate, by God’s grace is predictable; it rains when it should rain and the sun shines when it should; so why not take advantage of what nature has freely given us as Nigerians.

When in July 2015, His Excellency President Muhammadu Buhari appointed me Special Adviser on Niger Delta and Coordinator of the Presidential Amnesty Programme, I had the primary responsibilities of streamlining the Programme and transforming it back on track, working for peace in the Niger Delta and sustainably reintegrating some 30,000 Amnesty beneficiaries back into society. Although we have various integration programmes which include education, vocational training, professional training in Aviation and Maritime, automobile engineering, entrepreneurial training and tourism and hospitality; I had no doubt that the best way to integrate such a huge number of beneficiaries quickly and sustainably, is through aquaculture and agriculture.

However, I also realized that this requires a lot of planning and painstaking implementation; like other programmes, we had to conceptualize, plant, culture and water the ideas to the germination and harvest stages. We approached many agencies and embassies especially the Israeli Embassy. We have also gone into partnership with various Agricultural bodies. But as a basic step, we had to get the beneficiaries interested so they can buy into the Programme.

In keying into the Federal Government’s Agriculture Initiative, we presented our ideas and the facts on the ground. The facts are that agriculture creates mass sustainable jobs and empowerment; advanced technology and high yield varieties ensure good harvest, and costs can be drastically reduced by building locally fabricated integrated feed mills which rely entirely on local products. Also, our country of over 180 million people is a huge market in itself and additionally, the ECOWAS (West African Region) provides a market that is more or less limitless. On the national level, we know that in taking to agriculture, the country is moving towards food self- sufficiency and security.

I am happy at the level of enthusiasm for agriculture amongst Amnesty Beneficiaries and to harvest this, we had turned to the National Biotechnology Development Agency (NABDA) with an agreement to train an initial one thousand beneficiaries and youths at its Bio-Resource Centre in Odi, Bayelsa State. Unfortunately, budget delays have not allowed us to take full advantage of this agency which uses technology and the principles of science to produce high yields in farming. However, the Presidential Amnesty Office has trained and began to empower Amnesty Beneficiaries in crop farming, fishery and poultry. As at June 2017, 1,000 Amnesty beneficiaries across the nine Oil-Producing States are being trained in agriculture and will be empowered to establish their own farms. These include 105 Beneficiaries undergoing training in Agro-Business with the Songhai Rivers Initiative at the Songhai Farms, Rivers State, and 100 Beneficiaries training in fish farming under kabocastle Services at its Perecastle Fish Farm, Patani, Delta State. Also, an average of 25 Beneficiaries each are being trained in fish farming in six centres including the Delta State University by Gedisco Energy solutions, Infinite Farms in Ozoro, Delta State and Orus Resources Farm, Aluu, Rivers State.

At the Institute of Oceanography, University of Calabar, Cross Rivers State, 96 Beneficiaries are undergoing training in fish farming. The Ma-Atari Farms, Port Harcourt are training some Amnesty Beneficiaries in agriculture and poultry farming, the Ogbebor Leadership Institute, Ologbo, Edo State is training some in rubber processing, TSC Services is training 24 in General Agri-Business at the Edo State College of Education, Iguoriakhi, Edo State while Eunirusk Investment is training 18 in Cassava, Corn and Oil Palm at the Federal University of Technology, Akure, Ondo State. Forty-eight Amnesty beneficiaries are being trained in crop farming by the Faculty of Agriculture, Imo State University. The training in agriculture is designed as a full value chain; from farming, production, processing, packaging, marketing to Agri-Business Management.

By our planning, each farm will require the services of at least four farmers. This has the prospect of creating 4,000 farm workers in the Region under this phase. Also, some leaders of the Amnesty Beneficiaries have bought our argument that building houses is not sustainable as they have to be serviced and maintained, but in contrast, taking to agriculture is a money-yielding venture.

So many of them have bought into the agriculture revolution. One of them is into large scale rice farming in Bayelsa State while another which has taken to plantain cultivation, is emerging as the biggest farmer in Bomadi, Delta State. It is not only the consciousness of the Amnesty Beneficiaries that need to be transformed but also that of the Niger Delta and country as a whole; oil is a wasting asset, it may dry up in the foreseeable future. In contrast, what the future foresee is that agriculture would enrich us all. So, let us start with the basic policy of eating only what we grow, and growing what we eat. Change should begin with each of us.

*Brigadier General Paul Boroh (Rtd) is the Special Adviser to the President on Niger Delta and Coordinator of the Presidential Amnesty Programme. A professional peace practitioner and now a farmer.