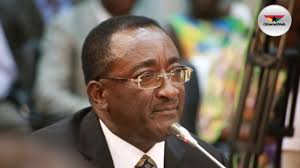 I hope this group of self-righteous grandstanders calling themselves Food Sovereignty Ghana (FSG) is composed of organic-produce farmers who are in business to make the country self-sufficient in non-genetically modified foodstuffs. Otherwise, they have absolutely no business using empty rhetoric to impugn the credibility and the qualification of Dr. Owusu Afriyie-Akoto as Minister for Agriculture (See “Group Kicks Against Nana Addo’s Agric Minister-Designate” 3News.com / Ghanaweb.com 1/11/17).

Indeed, even as the nominee himself aptly pointed out, Ghana imports some 150,000 metric tons of poultry products annually from the United States, Brazil and the European Community Countries, where the science and genetic modification has been used to cause an exponential increase in food production. The latter development has also been soundly coupled with great advances in science and medicine. And this is what woefully underdeveloped countries like Ghana ought to be aiming for, not merely having the FSG critics engaged in pontifical, albeit vacuous, rhetoric like a bunch of disgruntled elementary schoolboys and girls who are dissatisfied with the quality of food served in their school’s cafeteria, and yet are practically incapable of producing a tastier and healthier alternative for themselves.

Even as President Addo Dankwa Akufo-Addo recently adumbrated on the country’s 60th Independence Anniversary Festivities on March 6, two-plus generations after the country’s reassertion of her sovereignty from British colonial imperialism on, Ghanaians need to be seriously talking about solutions to problems confronting our society and be actually devising practical means for solving these problems, rather than merely registering vacuous protest responses to the same. In other words, we need to move our minds and our country forward. For instance, it would be more worthwhile and constructive if the leaders of Food Sovereignty Ghana could present the Akufo-Addo Administration with a concrete blueprint for making the country organic-food self-sufficient. Merely calling for the appointment of someone who thinks and behaves hypocritically like themselves will do absolutely nothing to improve the magnitude and quality of food production in the country.

Ultimately, what is clear here is that whereas Mr. Evans Tawiah, the so-called Acting General-Secretary of Food Sovereignty Ghana, believes that the very progressive and pragmatic position taken by the Agriculture Minister is strange, in reality what is strange is for the FSG General-Secretary to think that the cause of the production of organic foods in the country can be remarkable advanced by sheer rhetorical pretense to ideological primitivism or even atavism, as one young college student recently put while discussing the critical subject of public education in the country.

Indeed, I may not wholly agree with Dr. Afriyie-Akoto over the question of whether absolutely nobody is known to have either died or suffered serious injury from ingesting or consuming genetically modified foods. The proverbial jury may still be out on this score. Nevertheless, what is clear here is that while the country’s hardworking farmers struggle to meet the nutritional needs of each and every Ghanaian citizen, the most vulnerable and destitute and famished and malnourished among us must be fed like the rest of us.

And we all know that the sort of jejune rhetorical hot-air being blown by the FSG leaders never fed any human being anywhere on Planet Earth.

The opinions expressed are the author’s and do not necessarily reflect the views or have the endorsement of the Editorial Bord of www.africanewsanalysis.com and www.zongonews.com