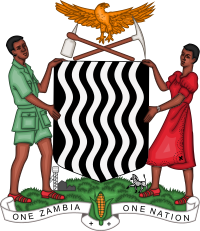 Zambia, a jewel strategically located in the heart of Southern Africa continues to poise itself as an auspicious destination and it is still largely untouched by tourism exploits. This naturally beautiful country will be the Convention & Culture Partner of ITB Berlin 2018.

“With Zambia as Convention & Culture Partner we will get to know a fascinating country with untouched nature “, said David Ruetz, Head of ITB Berlin. ”It has good prospects as a tourism destination and is currently developing a highly sustainable tourism infrastructure. We look forward to highlighting the attractions of Zambia as a travel destination in 2018.”

Commenting on this partnership with ITB Berlin, Zambia’s Minister of Tourism and Arts Hon. Charles Banda said that his country stands out as one of the prime tourism destinations in Africa offering a wealth of natural tourism assets – colourful cultures, waterfalls, lakes and rivers holding about 35 per cent of Southern Africa’s total natural water resource, ‘wildlife protected areas’ occupying about 10 per cent of the country’s total land area, and a tropical climate – a passport to sunshine almost throughout the year. The Minister adds that the promotion of Zambia as the Convention and Culture partner of ITB Berlin 2018 is in line with his ministry’s vision 2030 which is “A destination of choice with unique features thriving on well conserved natural resources, cultural heritage, and creative industries that significantly contribute to employment creation, sustainable economic growth and poverty reduction”.

Zambia, although landlocked, leaves breath-taking impressions because of its sheer size and its abundant natural resource wealth and strategic location lying in the tropical belt of Southern Africa covering an area space of 752,614 square kilometres or 290,586 square miles, the country strategically positions itself as an emerging and among the fastest growing economies in Africa and is still one of the largest copper producing countries of the world.

Most travellers to Africa agree that Zambia is notably one of the best Safari Destinations and this can be attested through the various awards the camps and lodges including safari guides in the country have earned most of the time. Zambia boasts of 20 National Parks and 36 Game Management Areas and is renowned for walking safaris and is one of the best places to go on walking safaris in the world. In addition to safaris, the country boasts of the Victoria Falls, a magnificent site and such an awe to gaze upon. This is why it is One of the Seven Natural Wonders of the World and the only one on the list from Africa.

Notably, most visitors to Zambia get drawn to the country by the waterfalls and wildlife based tourism products. However, this beautiful country also has a bountiful supply of other tourist attractions such as the rich cultural heritage, natural heritage sites, museums, monument sites, and rivers and lakes. The lakes and rivers are a major source of adventure and other playful yet invigorating activities, this is why Zambia is sometimes known as the adventure capital in the region.

As the Convention & Cultural Partner of ITB Berlin, 2018, Zambia will present its many natural and cultural attractions to the visitors of ITB Berlin in entrance area 21. Its culture is diverse and vibrant. With 72 different tribes living in harmony, the destination boasts of over 50 traditional ceremonies annually.

Zambia stills offers unspoiled nature marvelled with arable land for agricultural activities to support the livelihoods of the local people.

At 53 years of independence, Zambia continues to lead by example as a beacon of peace in Southern Africa, an asset that counts as a very safe travel destination.

Zambia has been endorsed by many travellers as one of the destinations with most friendly and welcoming people in the world.

ITB Berlin 2018 will take place from Wednesday to Sunday, 7 to 11 March. From Wednesday to Friday ITB Berlin is open to trade visitors only. ITB Berlin is the World’s Leading Travel Trade Show. In 2017 a total of 10,000 companies and organizations from 184 countries exhibited their products and services to around 169,000 visitors, who included 109,000 trade visitors. Parallel with the show the ITB Berlin Convention, the largest event of its kind, will be held from Wednesday, 7 to Saturday, 10 March 2018. Admission to the ITB Berlin Convention is free for trade visitors and exhibitors. More details are available at www.itb-berlin.com, www.itb-convention.com and at ITB Social Media Newsroom.