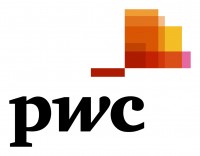 Companies had no choice but to cut back on new developments, re-focus on profitable production rather than maximum production and to save costs

These are some of the highlights from PwC’s (www.PwC.com) eighth edition of SA Mine, a series of publications that highlights trends in the South African mining industry, released by PwC today. Despite flat revenues, increased costs continued to erode the margin and with record impairments resulted in the first aggregated loss since inception of this publication.

Michal Kotzé, Mining Industry Leader for PwC Africa, says: “Companies had no choice but to cut back on new developments, re-focus on profitable production rather than maximum production and to save costs.

“The long-term nature of mining investments translates into a significant lag in the supply response to price changes. This lag contributes to the cyclical nature of the mining industry. Although there is no consensus, we have probably reached the bottom of the cycle, but may stay here for some time.”

Coal maintained its strong position as the highest earning commodity in South Africa. Although the share of revenue decreased marginally to 29% from 2015 to 2016, total coal mining revenue increased by R1.3 billion from a high base of R104.4 billion in 2015. Platinum group metals (PGMs) share of mining revenue grew from 25% to 27%. This is an R8.6 billion increase from R87 billion in 2015. Gold’s share of revenue increased significantly from 15% in 2015 to 20% in 2016, primarily on the back of stronger gold prices and the weakening rand. In contrast, iron ore’s share of mining revenue continued its downward trend from 14% in 2015 to 10% in 2016.

Revenue increased by a mere 2% (R7 billion) from the prior year. The platinum companies’ revenue increased by 11% (R12 billion), as a result of higher production after the strike impacted prior year. Gold also showed an increase on the back of higher gold rand prices while other commodities reflect a decrease mainly as a result of lower iron ore prices.

Operating expenses increased by R12 billion, which is a 5% increase from the prior year. Excluding the impact of higher platinum production and associated costs, it in essence stayed flat. This low increase is substantially lower than the 14% increase in the prior year and well below the 10% increase experienced over recent years.

“The low increase in operating cost is testimony to the various savings initiatives implemented by management, including reduction in marginal production, renegotiation of supply agreements and a reduction in overhead structures,” adds Rossouw.

Labour costs still remain the biggest cost component in the local mining industry. The share of labour costs increased by 5.2%. However, excluding the impact of platinum it actually reflected a 2% decrease as the impact of staff reductions start to show.

The continuance in low commodity prices has resulted in another record year for impairments in the industry, with a total of R60 billion in impairment provisions. R157 billion was impaired over the last five years, almost wiping out the last three years of capital expenditure in the mining industry.

This is the first year since the start of this publication in 2009 that an aggregated net loss of R46 billion was reported by the industry. The EBITDA margin of 20% is 2% lower than in the previous year. This low EBITDA percentage is not sustainable.

A large number of companies have made an effort to restructure their balance sheets, preserve cash and contain costs. Liquidity is still a major concern, as reflected in a number of integrated reports, where strategies to address the matter have been shared. Successful capital raisings and debt restructurings are providing hope that investors still have faith in the industry.

Given the current economic uncertainty and slump in commodity prices, the mining industry is faced with a number of challenges and risks that need to be effectively addressed to ensure the survival of the companies and the industry. In the current period, companies are increasingly focusing more on their risks mainly due to the impact of the changing environment forcing management to make tough operational and financial decisions to ensure sustainability.

There were limited changes in the risks recognised and compared to the prior year, when the highest-ranking risks included labour relations; sustainable business plans or budgets; the volatility of metal prices and exchange rates; infrastructure access and capacity; the regulatory, political and legal environments; higher input costs; and skills availability.

In the current year, most companies’ top exposures also include liquidity and capital management; renewed focus on the cost of mining; water scarcity; and climate change.

According to safety statistics, the level of safety is improving significantly in the industry. Fatalities are showing a declining trend over the last five years and are substantially better than they were 20 years ago.

Despite the challenges it faces, the mining industry continues to be a significant contributor of value. The monetary benefit received by each stakeholder in the industry is usually summarised in mining companies’ value added statements.

Shareholder dividends represented 3% of total value created (2015:9%). This is a significant decrease from prior years, as companies follow through on their cash preservation strategies in reaction to lower commodity prices.

The state received 15% (2015:20%) of total value created, which consists of direct taxes, employee taxes and mining royalties.  This decrease reflects the challenge faced by a number of resource dependent economies as tax revenues decreases.

“It goes without saying that to increase more value for all shareholders it will be necessary to increase the size of the pie. This will be a challenge given the current landscape of ever-increasing costs, reducing margins and increased volatility. Creating an environment with adequate infrastructure, less rigorous policy, and a skilled yet flexible workforce will provide substantially more resources for mining to spend in and attract investment, as well as benefitting all stakeholders,” concludes Kotzé.

Distributed by APO on behalf of PricewaterhouseCoopers LLP (PwC).