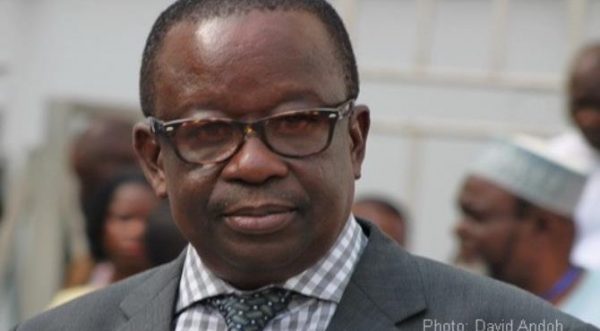 The raging vigilante activities of the so-called Delta Force – an apparently Nigerian nominal copycat – a Kumasi-based militia organization affiliated with the ruling New Patriotic Party (NPP), leaves much to be desired (See “I Will Bring Down NPP If Kan-Dapaah Does Not Cease His Threats – Ken Agyapong Threatens” Ghanapoliticsonline.com / Ghanaweb.com 4/8/17). In the latest of such illegal activities, some Delta Force operatives were reported to have stormed the premises of the Kumasi Circuit Court and forcibly released some 13 members of the group standing trial for participating in the recent assault of the Asante Regional Security Coordinator. The group is also reported to have verbally assaulted the presiding female trial judge in the process.

This incident leaves much to be desired because the most opportune and politically relevant moment in the existence of the group has since long peaked and clearly become obsolete, with the landslide victory of the New Patriotic Party in the December 2016 general election. What needs to be done, presently, is for the likes of Mr. Albert Kan-Dapaah, the National Security Minister; Mr. Bernard Antwi-Boasiako (aka Chairman Wontumi), the Asante Regional Chairman of the New Patriotic Party, and the Ministers of Defense and the Interior to put their heads together and creatively and progressively redirect the raw energies of the young party stalwarts who constitute the membership of the Delta Force. President Addo Dankwa Akufo-Addo should also be closely paying attention and studiously monitoring the activities of cabinet appointees vis-à-vis the veritable nuisance that is this so-called Delta Force.

It goes without saying that this NPP-affiliated vigilante group was relevant and even a practical necessity while the party was in opposition and the Mahama-led government of the National Democratic Congress (NDC) held the reins of governance, but recklessly and irresponsibly decided to let the Azorka Boys, affiliated with the Mahama/Amissah-Arthur regime, to hijack our national security apparatus. What the key operatives of the ruling New Patriotic Party, including Mr. Kennedy Ohene Agyapong, seem to be having a difficult time coming to terms with is the fact that they cannot fight for democratic power, succeed at the same, only to behave like a Xerox, tit-for-tat, copy of the very predecessor regime whose ham-handed appropriation of vigilante justice, yesteryear, they so much disdained and rightly so.

This pretty much explains why the National Security Minister, a widely known former staunch supporter of the Delta Force, is reported to have told the members of the group recently that he was no longer in support of their vigilante activities. Well, as already stated above, Mr. Kan-Dapaah needs to do far more than simply repudiate and/or dissociate himself and his support from the Delta Force, now that he well appears to have successfully used the services of the Delta Force as a prime political ladder to clinch the plum and enviable job of National Security Minister. He has an obligation to ensure that the members of the Delta Force and other NPP-affiliated militias also get rewarded for their yeomanly contributions towards the ringing political success of the Akufo-Addo / Bawumia-led New Patriotic Party.

This is precisely where the outspoken Assin-Central NPP-Member of Parliament may be aptly envisaged to be coming from. In other words, it is not either morally savvy or politically sound to simply burn the bridges that one gratefully used to cross humongous rivers and barriers on one’s journey to the Flagstaff House. Kennedy Agyapong’s threat to bring down the party he has so much and so long sacrificed for, should Mr. Kan-Dapaah follow through with his alleged threats to have the Assin-Central MP arrested and prosecuted, for daring to vent public support for the Delta Force vigilantes, must thus be seen in the context of sociopolitical justice. Indeed, there is a cliched maxim that says that “What is good for the goose is also good for the gander.” We hope Nana Akufo-Addo and his administrative associates are paying sedulous attention.