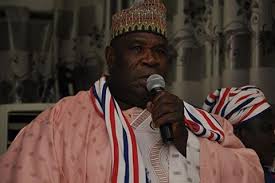 Regular readers of my columns know that I have great respect for Mr. Daniel Bugri-Naabu, the Northern Regional Chairman of the governing New Patriotic Party (NPP). He is one of the most radical vanguard operatives of the NPP whose impeccable credentials cannot be impeached. Unfortunately, Mr. Bugri-Naabu has waded into a deep-seated and bloody conflict of which he has little expertise and may himself be guilty of being a passionate partisan. We are here, of course, talking about the longstanding bloody hostilities or feud between two of the most prominent northern-Ghanaian ethnic groups, namely, the Dagomba and the Konkomba, in the Old Fadama township in the Greater-Accra Region (See “NPP’s Bugri-Naabu Protests Against Relocation of Old Fadama Residents” Citifmonline.com / Modernghana.com 4/14/17).

Old Fadama has been widely described by the media as the largest urban slum in Ghana. It also has a major Yam Market where most of the hostilities between the two northern ethnic groups have been raging for decades, if not generations. Indeed, a little over 8 years ago, the John Agyekum-Kufuor-led government of the New Patriotic Party, of which the now-President Addo Dankwa Akufo-Addo was a cardinal cabinet appointee, decided on a plan aimed at both decongesting Old Fadama as well as defusing tensions between the Dagomba and Konkomba residents of the area. Unfortunately, before the plan to move the Old Fadama Yam Market could be executed, the New Patriotic Party was nihilistically swept from power and was replaced by the John Evans Atta-Mills-led National Democratic Congress’ government. The plan was to relocate the Old Fadama Yam Market to the Adjen Kotoku area, on the outskirts of the Accra metropolis.

The National Democratic Congress’ government that succeeded the Kufuor Administration showed little interest in the plan. In fact, the key operatives of the Mills-Mahama regime actually seemed to enjoy this Dracula-kind of blood-letting feud, which had led to the grisly decapitation of several dozen area residents during the 8 years that the NDC occupied the Flagstaff House. We shall solicit his comments in due course, in a separate article; but for now, it bears promptly observing that one of the politicians with the most intimate knowledge about the Old Fadama Yam-Market Carnage has also vehemently sworn to see to it that the two feuding tribes are promptly relocated from the heart of the nation’s capital, where they are increasingly and fast becoming a national behavioral embrrassment. That personality is none other than the Greater-Accra Regional Minister, Mr. Ishmael Ashitey. He must know what he is talking about, because Mr. Ashitey is an ethnic Ga who was born and bred in the Greater-Accra metropolis.

Whatever the real details underpinning the running hostilities between the Accra-resident Dagomba and Konkomba ethnic groups may be, expert opinion claims that this seemingly intractable problem goes a long way back in time in the northern native communities of the two groups. The obvious implication here, of course, is that any attempt to finding a lasting solution to this problem would, perforce, have to begin from the geographical and cultural provenances of both the Konkombas and the Dagombas. This is where the professional and diplomatic skills of Ghana’s Cultural Affairs Minister comes in. And, maybe, that of the Chieftaincy Minister’s as well.

The opinions expressed are the author’s and do not necessarily reflect the views or have the endorsement of the Editorial Board of www.africanewsanalysis.com and www.zongonews.com