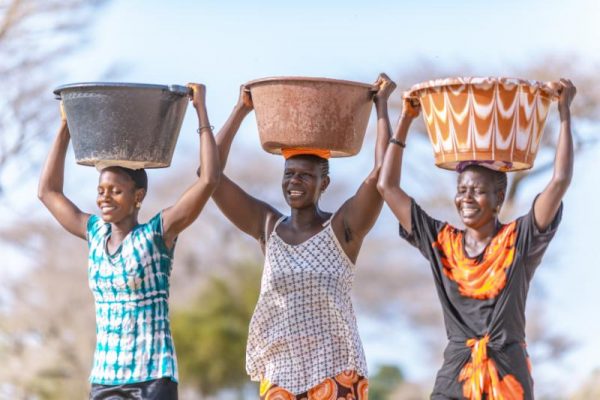 „Toward Achieving Water Security And Safely Managed Sanitation For Africa“

LIBREVILLE, Gabon, 8 November 2018 -/African Media Agency (AMA)/- Water and Sanitation are among the Sustainable Development Goals (SDGs) to be achieved by 2030. Today, 50% of the African population are threatened by lack of safe water to sustain a healthy living; and two-thirds of the population in Sub-Saharan Africa rely on surface water. Considerably affecting well-being and public health, negatively impacting productivity and hindering socioeconomic development.

To address the challenges linked to access to safe water and sanitation management, the African Ministers‘ Council on Water (AMCOW) initiated the Africa Water Week (AWW) in 2008, in conjunction with the African Union Commission (AUC) and other development partners. Occurring every two years, this year’s edition took place in Libreville (Gabon) from October 29th to November 2nd 2018 at the Stade de l’Amitié (Friendship Stadium).

Thus, the 7th Africa Water Week was an opportunity for the AMCOW and the stakeholders to renew their engagement, observe results, and address new developments and challenges.

Each of the Honorable speakers reiterated the importance for African nations to pay particular attention to sanitation and water issues. They encouraged the participants, stakeholders and government representatives to take the Africa Water Week as an opportunity to discuss sustainable technical and financial solutions to achieve the SDG-6 by 2030. AMCOW’s Executive Secretary deplored the fact that to this day many Africans still live without access to safe water and adequate sanitation.

Hydraulics and sanitation experts from notably Tunisia, Uganda, South Africa and Senegal presented successful actions plans implemented in their respective countries to inspire colleagues from other countries to work on innovative projects to reverse the trend.

All the speakers and workshop moderators argued that for a long-time sanitation had been the poor relation in the sector. They advocated for the trend to be reversed, as inadequate sanitation is responsible for tropical diseases and a handicap to sustainable development on the continent.

Dr. Kanangire strongly recommended that African Heads of State meet and discuss current water and sanitation issues to provide momentum to the sector. He reminded the audience that the Millennial Development Goals (MDGs) were not reached due to a lack of urgency and the same would occur with the SDGs if further actions are not taken.

In February 2019, AfricaSan 5 and the 5th International Conference on Fecal Sludge Management (FSM5) will take place in Cape Town. The two conferences will provide an opportunity for stakeholders from all over the world to learn about the different fecal sludge and sanitation management systems. AfricaSan and FSM5 will be a further step in ending open defecation with proper technologies.