My good “Telephone Friend” – we have never met personally, except via Skype – called me from Accra, where he has been visiting with his new and second wife, to tell me that the members of the Catholic Bishops’ Conference of Ghana, or the Ghana Catholic Bishops’ Conference (GCBC), as the group prefers to call itself, had issued an official statement, otherwise known diplomatically as a Communiqué, imperiously presuming to instruct Ghanaian journalists and other media operatives on how best to practice their trade. My good friend, whose late immediate elder brother had been the New Patriotic Party’s Member of Parliament for Akuapem-North, sounded livid and poised for a good bout of fisticuffs. He also felt strongly that members of the GCBC were being hypocritical in exhorting our traditional rulers to refrain from partisan politics, when these Roman-Catholic prelates themselves were clearly, blatantly and flagrantly in breach of the country’s 1992 Fourth-Republican Constitution (See “Don’t Declare Results – Catholic Bishops Advise Media, Political Parties” Graphic.com.gh 10/17/16).

That was nearly a week ago. I had promised my friend, who is a practitioner of the real-estate trade here in America’s capital, Washington, DC, that I would oblige, except that I needed to first attend to one or two pressing duties pertaining to what I did for a living before anything else. And also that I would give the alleged Communiqué a good reading before promptly delivering my candid and well-considered opinion. And this is precisely what I have decided to do with a part of this very busy and rainy Saturday morning which, in our great Akan tradition and culture, is also my “Soul’s Day.” 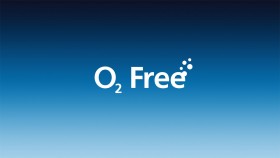 Anyway, I generally find the GCBC’s Communiqué to be in good taste, except for the glaring fact that it is grossly ill-timed. It is grossly ill-timed because this otherwise very important document is being released at a time when the overwhelming majority of our traditional rulers, per our meticulous monitoring of the country’s media fare, seem to have already taken entrenched partisan positions on the 2016 general election. Still, as our sages of years of yore were known to be fond of saying, “Better late than never.”

Well, about the one part that I beg to vehemently disagree with the respectable members of the Ghana Catholic Bishops’ Conference on or about, is the rather gratuitous edict that, somehow, the best media practice, vis-à-vis the 2016 general election, would be for our reporters to sit mum and passively on the sidelines while the so-called Independent Electoral Commission’s operatives took matters, almost exclusively, into their own hands. Needless to say, such media practice, actually professional inertia, could be aptly deemed to be at once untenable and morally stultifying and inexcusably preposterous. It is also all too clear that most of these Catholic bishops and archbishops do not fully appreciate what the work of journalists and media operatives, worth even half of such designation, do by way of their functional role in Ghanaian society or any robust modern democratic political culture, for that matter.

As a universally recognized watchdog institution, the media works best when it works independently of statutory institutions such as the Electoral Commission (EC). Consequently, in order to ensure that the EC meticulously and faithfully delivers on its constitutional mandate, its official workings are closely monitored by the media. In other words, our hard-fought democratic culture is too significant to be left in the hands of a relatively few officially handpicked public servants. Consequently, all over the world, including the most technologically advanced societies, the media routinely establishes its own election-monitoring system that is invariably parallel to that of the official conductor and/or manager of elections, by studiously and systematically monitoring the conduct of elections on the ground and promptly projecting results and making dispassionate or politically objective judgment calls. The media is not composed of lap-dogs or passive followers; rather, it is the primary eyes and ears of the people. And it is only directly to the people to whom its loyalty and/or allegiance is owed.

What the preceding simply means is that in any healthy and functional democracy, it is equally important for both the media and election managers and/or conductors to pursue their laid-down terms of reference independent of one another. But, of course, it is also quite understandable that the venerable members of the Ghana Catholic Bishops’ Conference should be calling for the media to defer to the Electoral Commission on the critical question of the calling out of the results of both local and national elections. These Catholics prelates, as we all know, take their proverbial marching orders from the Vatican.

The Ghanaian media and, indeed, the global media at large, does not and ought not take its marching orders from anybody but the conscience of the practitioner, otherwise the entire concept and salutary functioning of democratic culture would be perniciously defeated. By all means, let the EC and the media progressively coexist and go about the conduct of their respective mandates inviolably and independently.

The opinions expressed are the author’s and do not necessarily reflect the views or have the endorsement of the Editorial Board of www.africanewsanalysis.com, www.africa-forum.net and www.wapsfeatures.wordpress.com