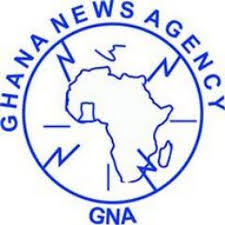 Accra, GNA – “It is clear that we must find an African solution to our problems, and that this can only be found in African unity. Divided we are weak; united, Africa could become one of the greatest forces for good in the world,” thus sayeth Osagyefo Dr Kwame Nkrumah, the legend whose vision established the Ghana News Agency.

It is heart-warming that Nana Addo Dankwa Akufo- Addo, the President-Elect has been quoted a number of times reaffirming Ghana’s status as the “Black Star of Africa”, thus accentuating his belief in the Pan-African agenda.

At a time when the Ghana News Agency (GNA) is suffocating under years of neglect and virtually losing the contest of relevance to credible and incredible competition, the GNA wishes the President well as he takes office on January 7, 2017, and to remind him of a few facts about the Agency, which are verifiable and worth supporting.

This, we believe, would serve as some of the platforms in widening the Pan-African mission, which is more critical in the ever unfolding globalised ways of managing nations and people.

The GNA was established on the eve of Ghana’s independence as part of the information arm of the State to help build a viable, prosperous and cohesive nation.

It is also to help project the African identity in the comity of nations by telling the African story from the African perspective; while freeing the citizens from the mentality of colonial superiority and dependency.

These objectives of the public-service entity are to be achieved through the speedy gathering, processing and dissemination of truthful and unbiased news across the nation and beyond.

Dr Kwame Nkrumah envisaged at the time of the GNA’s inauguration that, “Any news item warranted by the initials ‘GNA’ will find an unchallenged place in any newspaper or media platform of standing wherever it may be.”

The GNA, which is the largest news gathering organisation, and only wire service in Ghana, is thus supposed to have a corps of reporters and stringers (part –time reporters) in every corner of the country and the major cities of the world to be able to accomplish its mandate.

However, over the years, dwindling logistical, financial and human resource constraints have limited the performance and effectiveness of the Agency and the situation is becoming direr by the day.

In spite of the challenges, the Agency strives to be very strong on the ground, especially in the rural areas, where the majority of our people, whose needs and wants daily occupy the minds of the government, live.

Notwithstanding the limitations, the Agency continues to provide credible, reliable, qualitative and comprehensive news to media and online outlets.

It communicates government policies to the people, educating them on what affects their daily lives and, also provides the Executive and the other arms of Government with the feedback of the effects its policies, laws and regulations.

Moreover, the GNA, like other news agencies, sets the pace for ethical journalism as its stories are used as the yardstick for measuring the credibility of similar stories in the newsrooms of our subscribers and the basis for follow ups.

It is worthy to note that the bulletin of the Agency thus forms a solid foundation and accurate library for recording Ghana’s history.

By the nature a wire service, a news agency’s journalist, is recognised as the journalist’s journalist, and he or she must, thus, perform above par. This journalist performs his or her role with the national flag and the public in mind.

It is, therefore, on record that many of Ghana’s finest journalists – Sam B. Quaicoe, Edward Ameyibor, Nana Gyan Apenteng, Professor Nana Essilfie Conduah, Kwaku Sakyi Addo and Frank Agyekum, to mention a few, formed their professional foundations and penchant for excellence in the newsroom of the GNA.

It will, therefore, serve the national interest for Nana Akufo-Addo’s Administration to help provide the requisite wherewithal to revitalise the operations of the Agency to be able to deliver as the media benchmark of the nation, especially in the era of media pluralism and fake news.

It has been mind-boggling that over the last eight years, releases from the Ministry of Finance for ‘Goods and Services’ of the Agency have been erratic, and sometimes been in arrears for more than two years.

And when they come, the figures are frighteningly low and ridiculous. Though there have been some calls from officialdom on the GNA to generate enough income to fund its operations, these have come without the necessary funds for recapitalisation.

Due to low remuneration, journalists, editors and other critical members of staff doing the bidding of the Agency are compelled to fund official activities.

As a result, the Agency has lost many of its competent hands and with the ban on recruitment in the Public Sector, and in the case of the GNA on replacement, the Agency has been unable to replace its human resource.

Thus, instead of operating with the required 230 plus staff strength, it is making do with 135, nationwide, with a handful of permanent journalists and editors at the headquarters. Obviously weakened by this position, the GNA had to utilise National Service Personnel to cover the just-ended General Election, and with no official funding.

In fact, salary levels are the lowest among the reputable media organisations in the country and staff cannot secure financial support from its employer even in the face of terminal diseases.

It is worth recalling that, the Administration of John Agyekum Kufuor recognised the value of the GNA in nation building and provided regular funds for its operations.

In March 2007, as the GNA jointly marked its Golden Jubilee with Ghana, the NPP Government donated 15 four-wheel-drive vehicles to the GNA, making it possible, for the first time in its history, for each of its regional offices to possess means of transport.

Unfortunately, the GNA has since not received any vehicle from the ruling government, and because of the busy nature of the operations at the headquarters, its vehicles wore off with time.

At present, it now has only two vehicles on the road, one in fairly good condition for the use of the Chief Executive, but the other is a potential death trap, faulty in many ways.

There is a third one, though, which is resting on some cement blocks and begging for funds to be repaired.

With these challenges, coupled with the replacement of the post paid-meter to a pre-paid facility; it is very difficult for management to purchase adequate electricity for its operations. For instance, the head office alone consumes about GH₵ 500 a day on power.

The situation has been so dire, that for the first time in its 50 years plus existence, the GNA was compelled last year to start operating a 10-hour shift, instead of the usual 24-hour service run by news agencies.

In the past, the GNA’s service was considered as an essential service deserving exemption from commercial considerations and decisions.

Mr Kabral Blay Amihere, a former Chairman of the National Media Commission in inaugurating the GNA’s Board of directors in 2013 stated: “The GNA is more relevant today than before because of its vital role in the country’s democratic dispensation.

“It is unfortunate that the fortunes of GNA, which was a model for other African countries, which also established news agencies, and which had offices in Nairobi, Lagos, London and even at the UN Headquarters in New York at its peak, has had its fortunes dwindling.”

The President of the Atlantic Federation of African Press Agencies (FAAPA), Khalil Idrissi, at the closing session of the Second General Assembly of Federation in Casablanca, Morocco, on December 9, 2016, cautioned that any African country that exalted social media at the expense of its state News Agency had its future in jeopardy.

The FAAPA President explained that News Agencies were strategic partners in Africa’s political and socio-economic development and must be seen as such.

He, therefore, urged African leaders to sufficiently fund their News Agencies to become the preferred source of credible news on Africa by the Western Media.

He also advised African News Agencies to uphold the future of Africa by reporting positively on the continent’s development to counter the negative reportage on Africa in other media outlets.

As another NPP Administration starts its stewardship at the Flagstaff House, next year, it is my 2017 wish that the GNA would engage the attention of the Presidency by upgrading it to the standards of the Reuters and Associated Press, and to prosecute the agenda to make Ghana Great and Strong, while putting Africa in its deserving place in the world socio-economic order.

This website uses cookies to improve your experience while you navigate through the website. Out of these, the cookies that are categorized as necessary are stored on your browser as they are essential for the working of basic functionalities of the website. We also use third-party cookies that help us analyze and understand how you use this website. These cookies will be stored in your browser only with your consent. You also have the option to opt-out of these cookies. But opting out of some of these cookies may affect your browsing experience.
Necessary Always Enabled

Any cookies that may not be particularly necessary for the website to function and is used specifically to collect user personal data via analytics, ads, other embedded contents are termed as non-necessary cookies. It is mandatory to procure user consent prior to running these cookies on your website.