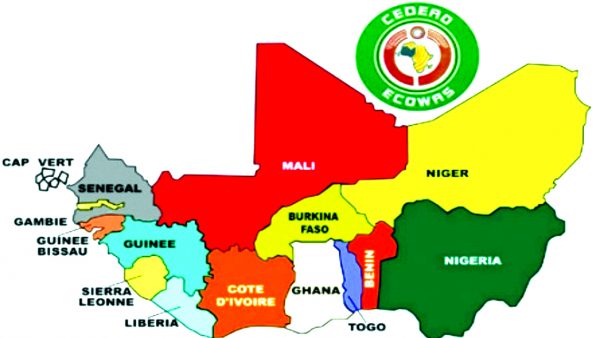 I read about the quit notice that has reportedly been issued to non-Ghanaians resident in the country who are in the retail business, a sector that by law is the exclusive preserve of bona fide Ghanaian citizens. To be able to fairly and effectively deal with this problem, we need to first look at what the local Ghanaian law says on this issue, and also how this gibes or does not gibe with the ECOWAS (Economic Community of West African States) law on the question of the free movement of individuals, goods and services as well as free trade, on which the leaders of the National Association of Nigerian Traders appear to predicate the right of Nigerian nationals resident in Ghana on. For example, precisely how and when does the free movement of persons, goods and services translate into the right of any non-Ghanaian national resident in the country to engage in the retail business?

Then, whatever answers we come up with must be squared up with the fact of whether Ghanaian national’s resident in Nigeria are afforded the right to engage in retail trading. If they are so allowed or permitted, then the next step that we need to look at is whether they are, in fact, treated with the same level of respect and freedom permitted Nigerian nationals currently engaged in the retail trade in Ghana. If the logical answer is yes, then there is absolutely no cause for alarm. On the other hand, if the reverse is the case, as some Nigeria-resident Ghanaians are claiming, then it goes without saying that the ECOWAS Parliament and the Consular Division of the Ghana High Commission in Nigeria may need to promptly take this matter up. As the cliché goes, “What is good for the goose is also good for the gander.” It well appears to me that the bitter complaints being publicly expressed against Nigerian retail trader’s resident in Ghana by Ghanaian nationals may be partly because the Nigerian government does not allow the same level of freedom and respect to non-Nigerian nationals in that country.

There is, of course, a stereotypical edge to any discussion of Ghana-Nigeria relations. Ghanaians are generally credited with being xenophilic or hospitable to a fault towards non-Ghanaian national’s resident in their country than vice versa. And so facilely using ECOWAS laws to loosely paper over this very significant and critical problem will not wash, for the sit-up information of the leaders of the National Association of Nigerian Traders. I have personally been involved in a star-crossed relationship with a Nigerian woman which produced an offspring, so I don’t need any pontifical lecture from any Nigerian on the very lethal question of “Xenophobia.” Put in plainer and clearer language, I have had the chance to socialize with Nigerians among members of the Nigerian community right here in New York City and can attest, first-hand, that in terms of the xenophobic expression of hostility, Nigerians are without rivals in the West African sub-region.

There are also more Nigerians resident in Ghana than vice versa, partly because the crime rate in Nigeria, as well as the general level of violence, may only be surpassed by post-Apartheid era South Africa. To be certain, the Mandela era and the post-Mandela era South Africa were unacceptably violent, except that under the white-racist minority Apartheid regime, violence was deliberately fomented in the segregated African homelands, the so-called Bantustans, to knavishly prove that, somehow, indigenous South Africans were more bestially prone to violence than their white-Afrikaner compatriots. I guess what I am clearly suggesting here is that Ghanaians may be much more worried about the heavy influx of Nigerians in the crime and fraud industry, than the fact or myth of Nigerian nationals taking over the retail business in Ghana.

Which is also why I have admonished times without number that the free movement of persons or individuals, which is part of the hallowed Principles of ECOWAS, must be significantly inflected or tempered by the respective levels of crime in each of the 15, or so, ECOWAS member countries. If Nigerians commit crimes in their country at a level that is far above the average of the other ECOWAS countries, then it stands to reason for ECOWAS laws to permit some level of “positive discrimination” against Nigerian nationals, so as to ensure an acceptable level of security in the West African sub-region.